I’d like to begin this by saying I am not a baker. Boxed desserts are my friends. But I needed a simple, easy and inexpensive cake to make for a large group of omnivores. It was for Thanksgiving and my family was eating with my boyfriend’s entire family. They are a picky bunch but I was in cahoots with a sister-in-law and my mom. Together we made most of the sides secretly vegan. I now needed to make a vegan dessert. Something show stopping and something that could pass off as made from scratch. 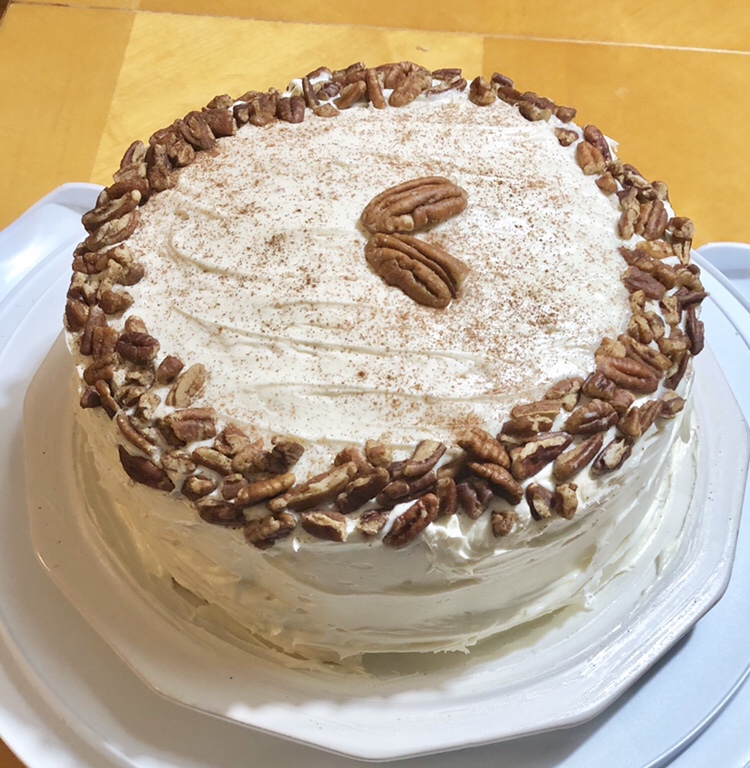 I’ve made the two ingredient muffins before using a can of pumpkin and a box of accidentally vegan spice cake (Duncan Hines). I had the brilliant idea to make it into a full blown layer cake. Why not double the recipe, add a splash of non-dairy milk and a couple tablespoons of vegan butter??

It was a risky endeavor baking an experimental cake at 10 pm Thanksgiving eve but it worked out perfectly. This method made 3 layers of moist and delicious cake. Full disclosure: I was pulling the final layer out of the oven and I dropped it. Yeah it was devastating and I cried nbd. 2 layers works too. 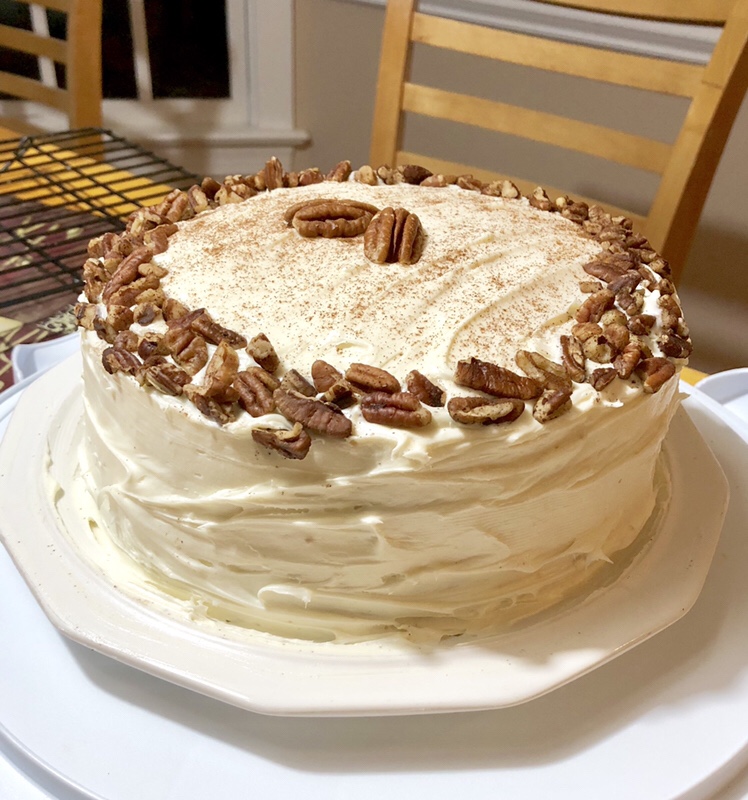 Oh my God amazing. The cake was flavorful, moist and not too sweet. Topped it off with some accidentally vegan buttercream frosting mixed with maple syrup and cinnamon. 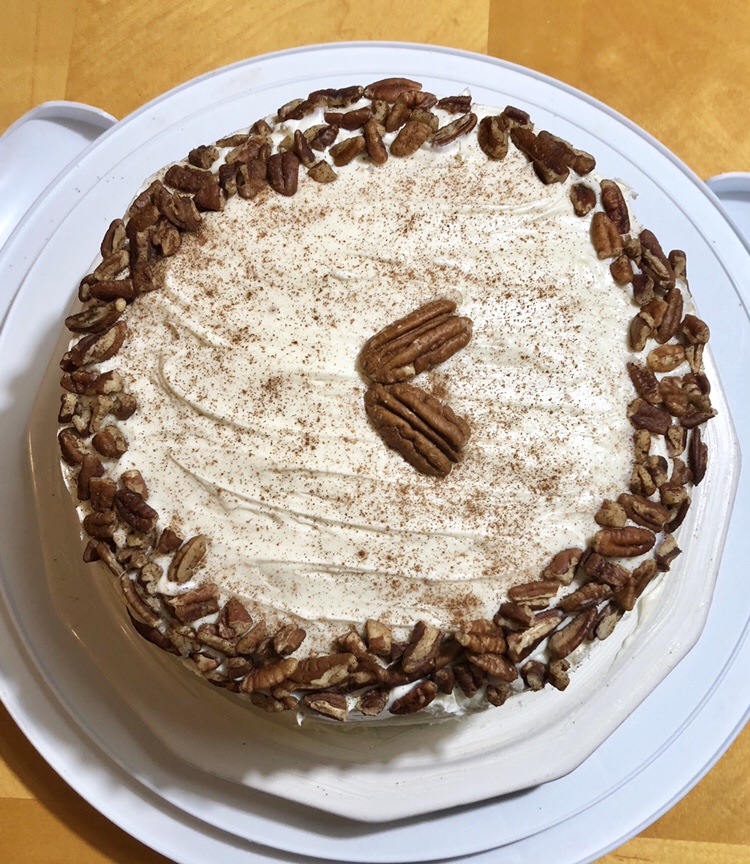 People DEMANDED for the recipe. The entire cake was devoured in no time. Definitely an easy, inexpensive and impressive cake.

This makes 3, 8 inch layers so feel free to cut in half

1-2 teaspoons of cinnamon (to taste)

1. Preheat your oven to 325 degrees Fahrenheit.

2. Prep cake pans by greasing and flouring them. (Coat with oil then dust with flour)

3.Empty the contents of one box of cake mix into a bowl.

4. Add half of the can about 15 oz of pumpkin purée, 2 tablespoons vegan butter, and half a cup of milk.

5. Mix well. I used a silicone spatula but a hand blender or stand mixer would work better. It should be a little thick and fluffy.

8. Bake for 45 minutes or until toothpick comes out clean.

9. While cakes are baking, empty frosting into bowl. Mix well with maple syrup and cinnamon. Set aside.

10. After cakes are done set in freezer until completely cool ( about an hour)

11. Remove cakes from freezer and from cake tins (you may need to run a butter knife around the rim)

12. Time to frost! Place a small amount of frosting on the bottom of your cake plate. Place first layer. Add half an inch of frosting to first layer and add second. Repeat and add third layer. Frost the remainder of the cake.

Top with cinnamon and or toasted nuts.

Please let me know if you try this recipe out and what you think!